If there’s one thing Instagram has no shortage of, it’s food pics. Everyone loves a perfectly plated serving of pasta or a strong cheese pull.

And the platform has no shortage of Black food bloggers, authors, chefs, writers and historians who use the platform to not only get you salivating, but to serve a side of education as well. Below is a list of 24 names in the food industry who are well worth following. Some you may have heard of, others may be new to you, but they’ll all brighten up and enlighten your feed.

Angela Davis of The Kitchenista

Angela Davis’ Instagram account is loaded with pics of her adorable daughter, affectionately known as Biscuit, and inspiring dishes from her blog The Kitchenista Diaries that range from the perfect breakfast sandwich to gooey mac and cheese. In between prepping dishes, she offers followers e-books loaded with easy-to-follow recipes.

James Beard Award winner and food activist Bryant Terry has been a staple on the food scene for years, and his fifth book, “Vegetable Kingdom,” continues his work toward sustainable, accessible food.

Vegan food is far from boring, especially if you follow U.K.-based Rachel Ama. The YouTuber and author of “Vegan Eats” often highlights Caribbean-inspired dishes with a plant-based twist.

Love HuffPost? Become a founding member of HuffPost Plus today.

It’s hard to find anyone in Richmond, Virginia, who doesn’t know Kelli Lemon. Yes, that’s really her last name. The owner of Urban Hang Suite, located in the historic Jackson Ward neighborhood, serves up coffee, salads, sandwiches and a side of community.

Atlanta-based food and travel writer Nneka M. Okona contributes to top publications like The Washington Post, National Geographic and Condé Nast Traveler. Her work often highlights the history behind dishes and locations that you never knew about.

She may be too young to vote, but “Top Chef Junior” finalist Rahanna Bisseret Martinez is one to watch and has already received the praise of top chefs in the industry. The Oakland, California, teen makes cooking fun and accessible, whether you’re 6 or 60.

A finalist on Season 16 of “Top Chef,” Eric Adjepong has a philosophy of “let food be thy medicine.” His dishes are bold and flavorful, and he and his wife own a mobile dining service, Pinch & Plate, to bring the experience to guests’ homes.

No conversation about Southern cuisine can be had without a mention of Michael W. Twitty. The culinary historian earned not one, but two James Beard Awards (Book of the Year and Best Food Writing) for “The Cooking Gene: A Journey Through African American Culinary History in the Old South.”

There’s an art to baking, and judging from her feed, Kisha Moore of Hummingbird Macarons in Norfolk, Virginia, has it down. Her macarons, cakes, cookies and more will inspire anyone to attempt to whip up a sweet treat.

“Like so, like that” has become Tabitha Brown’s catchphrase as she makes vegan food in an accessible, judgment-free way. With 2 million followers, the viral sensation uses carrots, chickpeas and other plant-based ingredients to create vegan alternatives to everyday eats.

Kevin Curry of Fit Men Cook presents recipes in English and Spanish for the fitness enthusiast ― or the person who simply wants to make healthier food choices. Even if you can’t exactly cook like him, his line of spices may help a bit.

Registered dietitians Jessica Jones and Wendy Lopez make up Food Heaven, collaborating with some of the top food brands in the industry to create healthy meals that aren’t lacking in flavor.

As a regular on the “Today” show, Jocelyn Delk Adams of Grandbaby Cakes adds a modern twist to dishes from her grandmother. You’ll find recipes for red velvet cake, banana bread and so much more.

He got his start as a server at Bennigan’s, and now Edouardo Jordan is a top chef on the Seattle culinary scene. The two-time James Beard Award winner, including for Best Chef: Northwest, runs a trio of restaurants in the city.

Jehan Powell of Jehan Can Cook

With more than 3 million views on YouTube, Jehan Powell consistently shares the best in Guyanese cooking like roti, fried bakes, oxtail and step-by-step tutorials for pholourie.

It might be hard to follow Brandon Hayes, aka NYC Cheat Day King, if you’re counting calories. However, if you want to know the best eats New York City has to offer, then following him is an absolute must.

Erica Key of Eating With Erica

Erica Key doesn’t just throw a dish together; she’s the dinner party curator. Her Instagram and blog are full of dining and decor inspiration.

Ozoz Sokoh calls herself a Nigerian food explorer, and following her Instagram and blog, Kitchen Butterfly, takes you on a food discovery journey. Her IGTV is packed with informative videos for all skill levels.

Adrian Miller is a lawyer turned food historian who drops knowledge “like hot biscuits.” His book, “The President’s Kitchen Cabinet,” shares the stories of Black cooks, butlers and more who fed the first families.

Blogger Kaluhi Adagala shares her recipes in ways that encourage anyone to step in the kitchen. The self-taught Kenyan cook features recipes for tasty drinks and savory bites.

James Beard Award-winning chef JJ Johnson is a regular on the Harlem culinary scene. In 2019 he opened Fieldtrip, an uptown restaurant that highlights the role rice plays in a variety of cultures.

Chef Therese Nelson founded the website Black Culinary History in 2008 as a way to connect chefs of the diaspora and preserve the history of Black cuisines. Following her Instagram is a great way to stay in tune with her upcoming talks, which often focus on the politics of food.

Xav Handfield of Plant Based Brotha

Even if you’ve never considered going vegan, Xav Handfield, the Plant Based Brotha, might make you reconsider. His recipes don’t sacrifice flavor, and he offers tips for anyone transitioning to a greener lifestyle.

This Woman Is Baking Pies For A Grieving Minneapolis

A Black-Owned Distillery Was Set On Fire In Minneapolis. Here’s How The Owner Responded.

‘Food Apartheid In This Country Didn’t Just Happen. It Happened By Design.’

This article originally appeared on HuffPost. 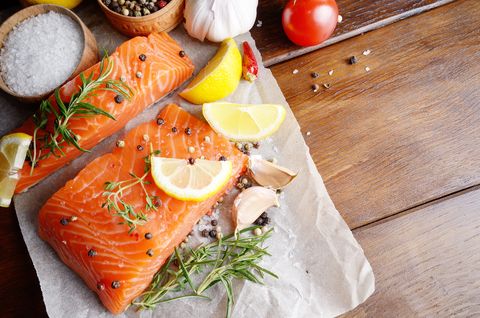