Amazon says it is helping small businesses take part in its biggest sales event of the year.

“This Prime Day, it’s easier than ever for Prime members to discover and shop products from small business brands in Amazon’s store with the new Small Business Badge,” the $1.12 trillion online retailer says.

But small business banners on Amazon’s website are sending consumers to Prime Day deals mislabeled as being from small businesses, The Examiner has found.

Banners for small business deals send consumers to Sena headsets and imarku knives made in Asia, and sold by multinational corporations, The Examiner found. Yet those items are labeled “This product is from a small business brand.”

Also listed in Prime Day sales as being made by a small business is a bidet toilet by Bemis, which is owned by Amcor, an $18.6 billion multinational corporation with 46,000 employees. And Zoa Energy Drinks, which are distributed by Molson Coors, are also being sold on Amazon in a Prime Day deal containing the small business badge.

There are many more examples of big companies labeled as small businesses, in deals consumers find by clicking to see deals from smaller companies. Amazon said it is addressing the issue.

Amazon did not immediately respond when asked for comment on the consumer advocate’s statements.

The badges were not the only confusion at Amazon related to small businesses the company said it is prioritizing.

When The Examiner asked for examples of local companies taking part in Prime Day, Amazon suggested Grownsy and Kakatimes as “San Francisco-based small businesses that are participating in Prime Day.”

Grownsy is an international limited liability company registered in Wyoming that sells baby products all over the world. An Alibaba listing of a Grownsy product says it was manufactured in China. The company did not immediately respond to requests for comment.

Kakatimes is a brand of plastic toys also sold globally. The Kakatimes website was registered in China. The company did not immediately respond to requests for comment.

Asked about the companies being held up as examples of local businesses, an Amazon spokesperson said, “They are small businesses, too, but not SF-based.”

Some small businesses said they did benefit from Prime Day. The San Francisco small business Cora told The Examiner that Prime Day provided an invaluable opportunity to break through to new customers.

“Amazon has offered us an absolutely invaluable platform for reaching an audience that as a standalone brand we never would have been able to reach,” Molly Hayward, co-founder of the women’s wellness brand Cora. “From our perspective, it’s really provided a ton of benefit.”

On Wednesday, The Tech Oversight Project, a nonprofit that says its goal is to hold tech accountable, held an “Antitrust Amazon Prime Day” news conference with small business groups from around the country.

The nonprofit said Amazon’s Prime Day mistakes pointed out by The Examiner show that Congress should pass The American Innovation and Choice Online Act, which it says would force big companies such as Amazon to be more equitable to small businesses.

Amazon has blasted what it says are the bill’s “vague prohibitions and unreasonable financial penalties.” 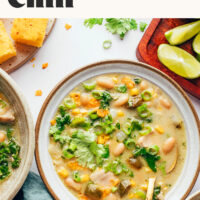 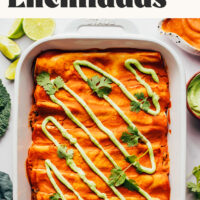