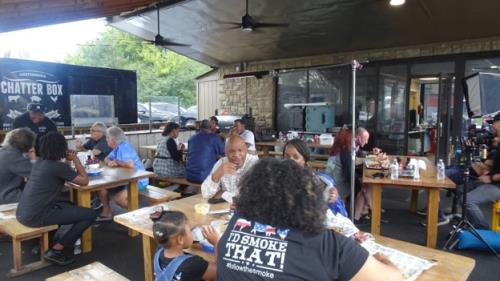 Food News
Bernard A. Coffman
February 22, 2022
Chatter Box Cafe, owned and operated by Brandon and Natia Ellis, will be showcased on an upcoming episode in Season 16 of the Cooking Channel’s “Food Paradise”.

The episode, “Dipped” will air on Cooking Channel Wednesday, March 16, at 10 p.m. The show will rerun on the Cooking Channel, Food Network and Discovery+ streaming services.

“Dip in! The greatest grub gets even better when it’s dipped, drenched or dunked! Our picks include elevated grilled cheeses and super sauces, a flamin’ hot burger, breakfast corndogs, a super sundae, a fantastic French dip and queso-drenched everything,” a promo from the show says.

Chef Brandon will be preparing 2 dishes on the show.

They couldn’t share any details other than to expect BBQ. One of the dishes has been featured on the food truck’s menu in the past and will most likely make a return after the show airs.

“We’re a local mom and pop’s business that was picked to be showcased on a national platform. Our supporters think enough of our product to make good reviews about it on social media which led us to getting attention from the Cooking Channel,” Mr. Ellis says.

In 2015, Mr. Ellis started selling BBQ in a mini van with a pull behind smoker attached. They eventually bought a food truck and launched Chatter Box Cafe’s first brick and mortar in Downtown Chattanooga during 2016, before relocating to 6801 Shallowford Road in Chattanooga in 2019. The food truck is consistently on the road for catering, events and private bookings.

Chatter Box Cafe built a following for elevating simple dishes into tasteful creations. Think options such as Beef Crackling Smash Burgers, Smoked Sausage Crab Claws or Smoked Fried Chicken. They also create their own rubs and sauces, as well as raise their own pigs for whole hog roasts.

Chatter Box Cafe has competed in the Kansas City Barbeque Society since 2016 and has placed Top 5 in Ribs in each competition entered. They were also awarded 1st Place Entree at Bacon Fest 2018, 1st Place People Choice Award and Top 10 in Ribs, Chicken and Pork out of 83 teams at the Sip N Swine BBQ Festival 2020, 2nd Place Ribs and 2nd Place Blue Plate Special at the Lamar Johnson Classic 2019. Among other highlights, Chatter Box Cafe won a BEC Award for Best Food Truck in 2021 and is a Brand Ambassador for Recteq Grills and 1855 Black Angus Beef. Mr. Ellis is also highlighted as a Featured Chef in collaboration with 1855 Black Angus Beef.

Now, Chatter Box Cafe is focused on thriving as a BBQ staple in Chattanooga, TN.

“I hope this show allows our brand to get more visibility in efforts to expand our attraction and help put Chattanooga on the map as a culinary destination,” Ellis says. 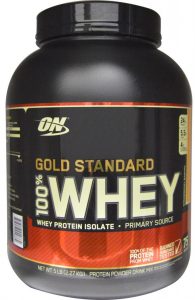