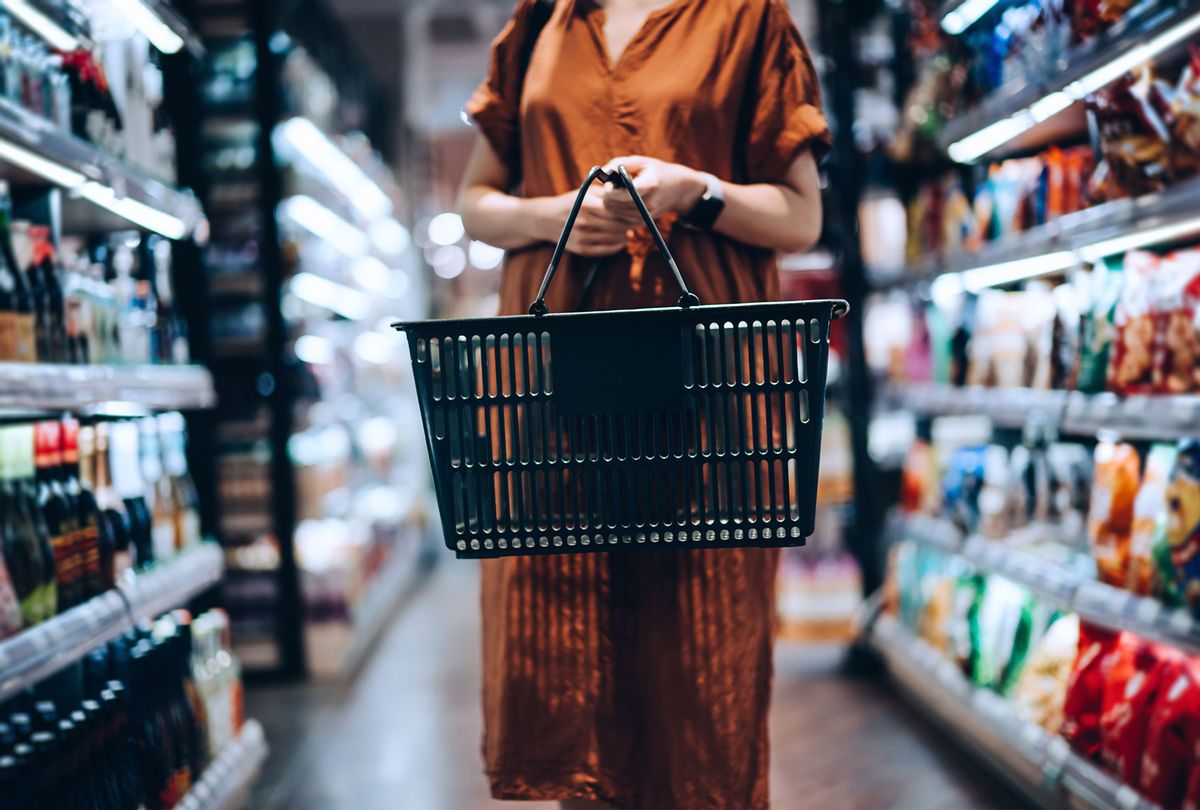 I’ve written here before about how I’ve never been a huge fan of New Year’s resolutions. Part of that, I’m sure, is that I would set myself up for failure with outrageous or unwieldy goals, written on a whim on December 31st with no plan in place to actually achieve them. However, this year I set one goal that feels not only achievable, but necessary: Eat more vegan meals.

Food writers and chefs far more eloquent than I have weighed in on the importance of incorporating more plant-based meals into our diets for both our personal health as well as that of our planet. If you’re interested in learning more, I’d encourage you to read Alicia Kennedy’s great newsletter which, as a  bonus, includes a fair amount of vegan baking recipes.

Going into 2022, I knew that it was the right decision for me personally and it happened to dovetail with some early planning for an upcoming week of Salon essays and recipes themed around vegan food (more information on that in the next issue of The Bite!).

And one of the ways I thought that I could really jump into changing how I cook would be by just doing a full week of all-vegan food — “going cold tofurky” as I put it in a text to my sister. I like a challenge and it’s not like I don’t eat vegan meals on a regular basis, though they are admittedly more spread out on the calendar than the dairy-rich casseroles and pasta dishes that have been sustaining me through my first winter back in Chicago. But I mean, I drink my coffee with oat milk these days, so how hard could it be?

I began by gathering up some of my favorite cookbooks that really focus on plants and legumes — “Veggies and Fish,” “Cool Beans,” “Crossroads: Extraordinary Recipes from the Restaurant That Is Reinventing Vegan Cuisine” and anything by Yotam Ottelenghi.

I found myself drifting towards what I would characterize as “project recipes” and by the end of my meal-planning session, I had a pretty impressive list of dishes jotted down: homemade ravioli stuffed with cashew-ricotta and smothered in a mushroom bolognese; black bean arepas with salsa verde; a caramelized root vegetable tartlet; and, just for kicks, a no-bake coconut cream pie.

Looking at the list, I was both hungry and preemptively exhausted. Instead of feeling enthusiasm for the week ahead, I began calculating how much money I’d need to spend on oddball ingredients I didn’t have (xanthan gum, for the pie, for instance) on hand and started mentally picturing the mountain of dishes with which I’d have to contend day after day. That’s when I realized that I had played myself! In my effort to go all-in, I was doing exactly what I hated about New Year’s resolutions

In that moment, a phrase made famous by Ina Garten popped to mind: “Store-bought is fine.”

Garten has used the phrase a fair amount on her longrunning Food Network program “The Barefoot Contessa,” to the point where the internet has turned it into a kind of an ironic meme. Imagine, for instance, an image of Garten dressed in a witch’s hat. The caption below it reads: “If you can’t summon the flames directly from hell, store-bought is fine.”

Despite the humor, the core of the statement is totally true. I think that people — women, especially — can feel this overwhelming need to make wholesome meals. I wrote about this a bit a few years ago in a piece for which I interviewed Emily Contois, who went on to author the book “Diners, Dudes and Diets: How Gender and Power Collide in Food Media and Culture.”

“In many ways, cooking continues to be viewed as part of ‘successful’ femininity. The idea that ‘real’ women cook — and cook well — is still a dominant social convention, even as we’ve seen significant social and demographic shifts,” Contois said. “Media, like scripted TV, both shape and reflect these social trends in that they repeat and reinforce these rather antiquated ideas about gender and food.”

I love food incredibly deeply and appreciate all that it’s brought me in my life, including this job, but I definitely feel that pressure often enough. It’s something that I try to erase in the recipes I create (I love, for instance, revamping old-school comfort foods like hamburger helper or loaded baked potatoes) because I know that the pressure for everything to be “gourmet” in order for it to feel domestically worthy deters so many people from trying their hand at cooking.

The same stuff that I was worried about when embarking on this new way of eating — worries over cost, time and technique — is what holds so many beginners back from getting in the kitchen.

So, I decided to slim down my list to one “project recipe.” I’m sticking with the ravioli because it sounds straight-up delicious. And for the rest of my meals, I’m going to take it a little easier on myself. The revised menu has some mid-effort stuff — crispy tofu with a coconut curry simmer sauce from the local Asian market and instant rice — and some decidedly “store bought is fine” options, like a Daiya frozen pizza and Annie’s boxed vegan macaroni cheese (I may add some frozen broccoli and peas for, you know, health).

This essay originally appeared in the most recent issue of “The Bite,” our weekly Salon Food newsletter. Each Saturday, we dive into themed recipes, how-tos and essays from our archives. This week, I pulled some pieces that touch on all these topics — gender roles and cooking, trying new things in the kitchen and, of course, Ina Garten. Haven’t subscribed to The Bite yet? Consider giving it a try!

Real women are still expected to cook: From sitcoms to the Food Network, the “angel in the kitchen” pressure on women prevails

I haven’t taken the plunge into the “Sex and the City” sequel “And Just Like That…” so I can’t attest to whether or not Carrie ever learned to cook, but she was once one in a long line of TV women who were notoriously bad cooks. From Lucy Ricardo to Lorelai Gilmore, the connection in pop culture between femininity, food and food labor, like cooking, remains strong. The phenomenon continues even now on reality television.

Vegetables can ragù, too

Writer Maggie Hennessy hooked me in the first paragraph of this beautiful essay-recipe combo when she penned the line: “A few successes cooking down whole cauliflower and broccoli into rich, flavorful pasta sauces got me thinking about the boundless possibilities of slow-cooking earthly delights into concentrated submission.” She goes on to speak with two experts in Italian-inspired plant cooking, Domenica Marchetti and Joe Frillman, about that process of transforming gorgeous onions into a savory ragù. I plan on adapting this recipe, sans parmesan, as part of my plant-based rotation.

Speaking of Ina Garten, this salad of hers is also getting looped into the rotation. It starts by simmering pearled farro with fresh apple cider, bay leaves and salt in a saucepan. Once your grains reach the perfect tender texture, transfer them to a large serving bowl.

“For the vinaigrette, mix some quality olive oil up with lemon juice and salt and pepper,” writes Salon’s Manuela Lopez Restrepo. “Combine with the warm farro and set aside to cool for at least a quarter of an hour. The magic begins to happen as the layers of flavor meld together.”

Top the bowl with some greens, toasted nuts and (optional of course) cheese. what does a business analyst do